Lent is the six-week period leading up to Easter. It is a particular time to confess sin and to seek personal and collective renewal (a ‘springtime of the spirit’). Lent has a special focus on Jesus’s journey to the cross and prepares the Church to celebrate his resurrection.

Darren Lynch, Ordinand in the Parish of Gelligaer, shares a moving reflection on answering God's call. The reflection was inspired by this week's theme in Opening our Lives by Trystan Hughes.

For those of us who have mobile phones, or caller ID on some landlines, have you ever had the call tone start and you’ve glanced at the phone to see those terrible words ‘Unknown Number’? How many of us have then just turned the ringer down and slipped the phone back into our pockets fully intending to let the voicemail get it? I know I’m guilty of that one.

Of course, we do let the voicemail get it, only to find out it was an important call; one we should have taken. My own calling was a little similar- for the longest time I had felt strange, the example I always give is a radio that’s just out of tune you can hear something but you’re not sure what it is. I ignored the radio at first, put it down to my first child not long being born, tried to just put it out of my head but like the unknown number God kept ringing hoping I’d pick up. One day I did… in a Tesco’s café of all places.

At the time I was still working as a Youth Worker and was at a training course for the day. The institution had a Tesco’s opposite; I had gone over for my lunch and while I sat with my cup of tea and bacon roll I decided to just doodle in a notebook, now I’d like to say I wrote a single word and the whole path became clear but alas no; what did happen however was just as mystifying to me even now.

I had just finished a particularly decent doodle of Obi-Wan Kenobi’s lightsaber when I became aware of something… the radio had stopped. The one out of tune I mentioned previously; it had stopped and as I noticed it had stopped I began to hear the transmission. It wasn’t an audible one (That’s another story) but I heard it with my heart; I knew what I had to do and it was so unbelievable to me I genuinely laughed in this café, I had been called to Ordained ministry. 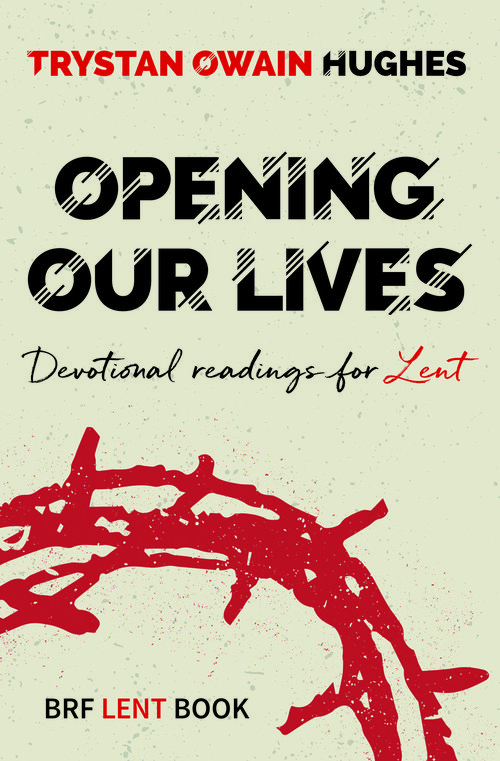 Trystan’s Book Opening our Lives explores callings that can come to us all in a variety of ways, we must always be open to them but when they do come it’s okay to feel a little reluctance. The bible is full of people who did great things even after an initial reluctance. I always call to mind St Joseph when I think of this point. His beautiful young bride-to-be has just told him that she is carrying the son of God and he needs to help, he needs to be an adoptive father. What does Joseph do? He runs, but what makes the difference is he trusts God and returns to the same call. St Augustine was 31 years old at the time of his conversion. God doesn’t grow bored and move onto someone else you see. God is patient and will wait for you.

Not all who are called are called just once, or indeed even to Ordained ministry. Now I’d be tempted to leave that as a ‘Mic drop’ moment to encourage debate and if I were sat in a room with you dear reader I may so we could talk on it. What do I mean by that statement though? As Trystan told me when he served as my Diocesan Director of Ordinands, we can indeed receive more than one calling in life. I found that intriguing but it makes perfect sense in that we can be called to be friends, siblings, partners, parents, teachers, we can be called to different jobs, and different roles in church.

Even now, as I sit in my study watching the rain and writing this as a level 5 ordinand almost a decade after that moment in the Café I still wrestle with imposter syndrome from time to time, as anyone who answers a calling may do. One thing I have learned though is this, those who are called to any kind of ministry/service are called for a reason. Wherever your current call takes you, believe that God called you to it trust in that, trust that you are serving The Kingdom.

So I would encourage you to take some time my brothers and sisters, take some time to sit and really reflect on the call you hear today, however seemingly big or small it is.