Anglicans form the family of Christians closely related to the Archbishop of Canterbury. Whilst tracing their inheritance back to Christ and the earliest Christians and to the ancient Roman Catholic church, the sixteenth century Reformation was a crucial moment for Anglicanism.

A lectionary is a pattern for Bible readings for the Church year. This means that churches in the Church in Wales are able to use the same readings on any given day.

Prayer sustains our human relationship with God and may involve words (formal or informal) or be silent. Prayer can involve adoration (‘I love you’), confession (‘sorry’), thanksgiving and supplication (‘please’).

How to read the Bible in one year

Fr Richard Green, Parish of Aberdare St Fagan, shares his his Bible reading scheme which will help you read the greatest book in one year. 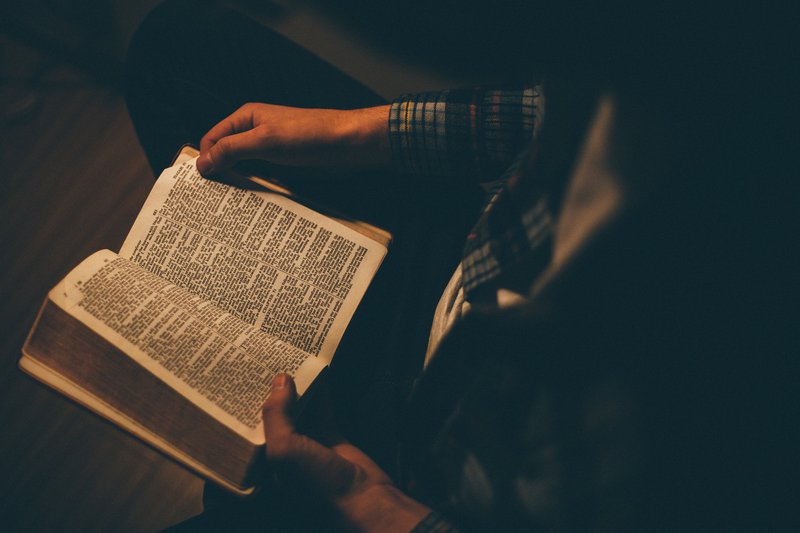 For some time, I have wanted to create a scheme for reading the whole Bible, including the Apocryphal/Deuterocanonical books*, in the course of a year.

The reason for creating my own scheme is that I have never liked those which simply start at the beginning of the Bible and read straight through to the end, in the order that the individuals books are printed.

That is because, as you may know, this order does not reflect the chronology of the events described, or the order in which the books were written. My scheme seeks to address this, and so give the reader a sense of the progression of the Bible’s story.

The order of the books is taken from The New Jerome Biblical Commentary.

We start with Genesis, and read in the set order until 2 Kings. This gives us the story of Israel from the creation of the world, through Abraham and Moses, the time of the judges, the establishment of a monarchy, the division of the kingdom and finally the Babylonian conquest and the end of the Davidic dynasty.

We then switch to the prophets, whose writings often describe and give a commentary upon the events recounted in the historical books. We start with Amos, often thought to the be the earliest, and work through them in chronological order. The book of Isaiah is divided into chapters 1-39, believed to date from the 8th century BC, and chapters 40-66, from the Exilic and Post-Exilic periods. 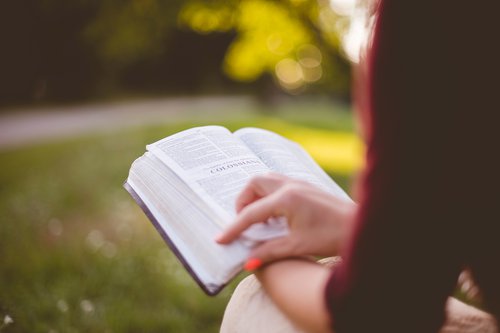 The books of Chronicles, instead of being read straight after Kings (where they are printed), are read just before Ezra and Nehemiah, these four books being considered to form a unity and originating from the Post-Exilic period. The series of books that can be tied to an historical era finishes with Daniel; we then switch to what you might call the “ahistorical” books, such as Proverbs, Song of Solomon, Job, Ecclesiastes, Esther and Jonah. By rights I should have included Ruth with this latter collection; by mistake I left it in amongst the earlier books, but will rectify this mistake next year!

The Book of Psalms is not included since the psalms are generally read every day at morning and evening prayer. There is a scheme in the Church of England Book of Common Prayer of 1662, to read the entire Psalter over the course of a month.

The Apocrypha picks up where the Book of Daniel finishes, with the apocryphal sections of Daniel followed by the Books of Maccabees, followed by its own wisdom texts. 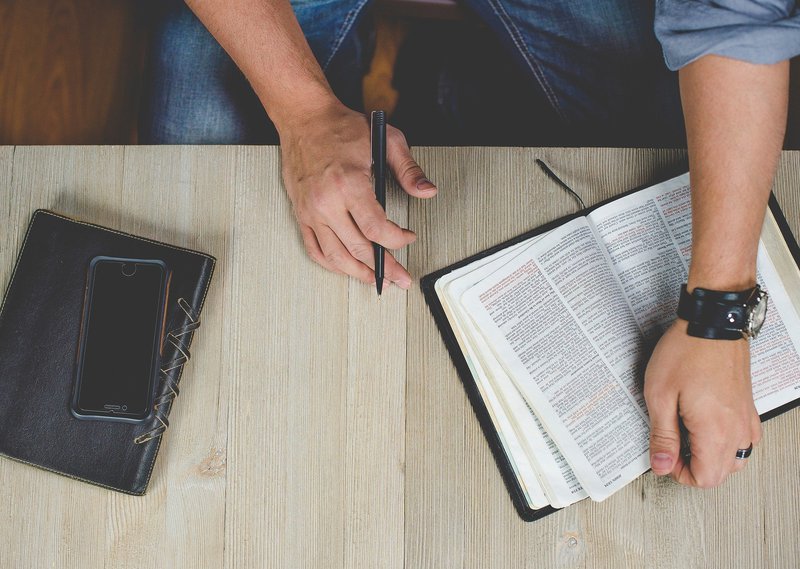 The rationale for the arrangement of the New Testament books is by topic, or by date of composition. For example, Mark is placed first as the earliest Gospel to have been written; Acts comes straight after Luke as the two were written by the same author as a series. The Gospel of John, written much later, is placed towards the end along with the Letters of John and Revelation. The other letters are arranged in the generally accepted order in which they were composed.

The selection of individual passages is take from the Common Worship Weekday Lectionary of the Church of England (also used by the Church in Wales). Some parts of the Old Testament and Apocrypha are omitted; these are generally the long genealogies or other lists. I have given every month 31 days for a couple of reasons.

It means we can fit in more of the Bible than if we stuck to the actual length of each month; and you can also start the scheme at any point in the year.

In February or months with 30 days, the extra portions can be added to either the previous or next days.

I hope you enjoy using this scheme and find it useful; any comments or suggestions for improvement would be much appreciated.

READ THE BIBLE IN ONE YEAR

*Aprocrypha = hidden; Deuterocanonical = secondary canonical. Books included in the Roman Catholic canon of Scripture but not the Protestant. The Anglican position is that “the Church doth read [them] for example of life and insruction of manners; but yet doth it not apply them to establish any doctrine” (Article 6 of the 39 Articles of Religion).